Combating Coronavirus in Small States: Leaving No One Behind – International Frameworks and the Threat to ESC Rights in SIDS 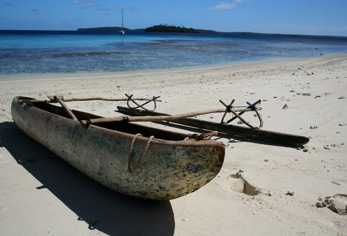 The global Coronavirus (COVID-19) pandemic has created an unprecedented situation across the world with states struggling to treat infected persons and contain the spread of the virus, which has no known cure as yet. On 2 April, the U.N. General Assembly unanimously approved a resolution, recognising the “the unprecedented effects” of the ongoing pandemic.  The resolution called for “intensified international cooperation to contain, mitigate, and defeat” the challenges posed by the COVID-19 disease. The scale of COVID-19 — over 1.5 million cases and over 100,000 deaths in over 200 countries and territories — and its huge economic and social impact will change how the world responds to similar health crises going forward.

The UN Special Rapporteur on the right to development, Saad Alfarargi, called on all governments worldwide and the international financial institutions to remain true to their commitment under the 2030 agenda and to their promise “to leave no one behind” in their response to the COVID crisis. It is therefore imperative for the global community to consider the plight of disadvantaged and vulnerable individuals and groups in Small Island Developing States (SIDS). The United Nations Office of the High Representative for the Least Developed Countries, Landlocked Developing Countries and Small Island Developing States defines small island developing states, or SIDS, as “a distinct group of developing countries facing specific social, economic and environmental vulnerabilities”. These countries are across the globe in the Caribbean, the Pacific, Atlantic and Indian Oceans, and the Mediterranean and South China Sea. Due to the contained nature of SIDS, the potential impact of COVID-19 outbreaks on the population in these island nations could be cataclysmic.

The impact of a localized epidemic in the Pacific was seen in October last year when a measles outbreak in Samoa killed 83 people, mostly children, and infected more than 5,600. If there is an outbreak, the island countries are likely to face a heightened mortality rate due to lower levels of immunity to outside diseases, as was the case during the 1918 flu in which countries such as Tonga, Samoa, and Tahiti lost up to 20 percent of their populations due to a lack of previous exposure. As the crisis unfolds, there are four key challenges ahead for small and vulnerable economies:

Many of the economies in SIDS are driven by one or two sectors, the vast majority having tourism as their lead. Tourism in the Pacific delivers as much as 70 percent of some nations’ overall GDP. And with travel restrictions comes a sharp reduction in tourist numbers and a major disruption to supply chains. French Polynesia’s tourist minister said the economy would go through “dark times” in the coming weeks.

The cancellation of travel and closure of hotels has affected a wide cross section of the economy, including, hotels and their employees, transport providers, the food and beverage sector and manufacturers amongst many others.  Chad Blackman, Barbados’ Ambassador to the United Nations in Geneva, the Chair of the SIDS Group of Countries in UNCTAD highlighted the direct link between the reduced demand for tourism goods and services, and the reduction on the critical foreign exchange needed to run the affairs of the affected countries. In recent years, World Bank figures show China has established itself as one of the main trading partners for the Pacific Small Island States, accounting for 17% of Papua New Guinea’s exports, 7% of Fiji’s, and 67% of Solomon Islands’, translating to a dangerous economic dependence. Therefore, the slowdown in the Chinese economy could also lead to a reduction in imports of Chinese products used in local industries.

Due to both demand- and supply-side shocks, small and vulnerable economies will be hit hard because of their dependence on trade as a driver of economic growth, their small domestic markets and low levels of diversification, all of which increase their vulnerability to external shocks – as the global financial crisis demonstrated. As major economies enter into recession, reducing global growth rates, this will adversely affect growth rates in Low Developed Countries (LDCs). This further jeopardises the likely achievement of SDG targets such as: sustaining economic growth in accordance with national circumstances and, in particular, at least 7% GDP growth per year in the LDCs; and a doubling of LDCs’ share of world trade by 2020.

According to the World Bank, on average, 5.9% of the GDP of Pacific Island countries is allocated to health spending, but islanders have only limited access to quality health services, and prevailing infrastructure and capacity is not well suited for a regional pandemic. Unfortunately, most SIDs have limited budget resources and weak health systems, which make them less resilient and more vulnerable. What is even more concerning is that very high number of SIDS are particularly affected by non-communicable diseases (NCDs) and have a disproportionately high number of persons living with NCDs. As can be witnessed, people with underlying medical health conditions are at a greater risk of severe illness from COVID-19. Vanuatu, which remains as one of the few countries in the world without any confirmed cases of coronavirus, has only two ventilators available in the entire country. Most of Vanuatu’s 60 doctors are new graduates and they have been hiring nurses from Solomon Islands since mid-2019.

The Economic, Social and Cultural Rights Committee, recently stated that the, Covid-19 pandemic is a global crisis, which highlights the crucial importance of international assistance and co-operation, a core principle enshrined in Articles 2(1), 11 and 15 of the International Covenant on Economic, Social and Cultural Rights.  By effectively using all avenues of international cooperation and partnership through multilateralism, the SIDs can garner international assistance and co-operation by sharing of research, medical equipment and supplies, and best practices in combating the virus.  Individually, and as members of international financial institutions, wealthier countries are obliged to cooperate internationally to safeguard the needs of vulnerable and disadvantaged groups as well as fragile countries, including least developed countries. As civil rights leader A. Philip Randolph recognized, in 1942: “[A] community is democratic only when the humblest and weakest person can enjoy the highest civil, economic, and social rights that the biggest and most powerful possess”.

Unfortunately, at this time of global crisis, the international mechanisms to address the challenges many SIDS face are teetering in the face of the geo-political fallout of the pandemic alongside the logistical challenges it poses for multilateral cooperation in areas that are crucial to SIDS survival.  The announcement that the United States is cutting funding to the WHO is a serious issue for developing countries reliant on the support of the WHO.  Climate change and ocean sustainability pose both economic and existential threats to SIDS. But the coronavirus crisis has led to both cancellation of the World Ocean Summit and postponement of the UN’s COP26 climate negotiations in Glasgow, UK, which will now take place in 2021. The pandemic is not only threatening lives in SIDS, it is undermining progress towards social and environmental goals which are fundamental to the long-term enjoyment of economic, social and cultural rights and the very existence of many SIDS.

Bio: Sarthak Roy is a human rights lawyer and is associated with the Commonwealth Human Rights Initiative (CHRI) as a Research Officer with the International Director’s Office. He has been involved in human rights diplomacy and has strategically engaged with regional and international bodies like the Commonwealth Secretariat, the UN Human Rights Council (UNHRC), States and civil society. He also helped structure a project to build capacity and train civil society representatives from Fiji, Vanuatu and Papua New Guinea to engage with international human rights mechanisms both directly and remotely.

The views expressed in Sarthak’s contributions to this blog are solely those of his own. They do not necessarily reflect the views of any institution with which he is or has been affiliated.